How many times have you thought that what was happening to you was not the result of chance? That that was just your destiny? You can believe it or not, but things that seem to be the result of destiny often happen.

He was the one who trusted the journalist and offered her the first employment contract.

An example could be to marry the person who gives you the first job opportunity. This has happened, and Mas Terrats has been the scene of this story. The protagonists: Ricard, is a linguistic corrector, and Rosa Maria is a journalist. He was the one who trusted the journalist and offered her the first employment contract. 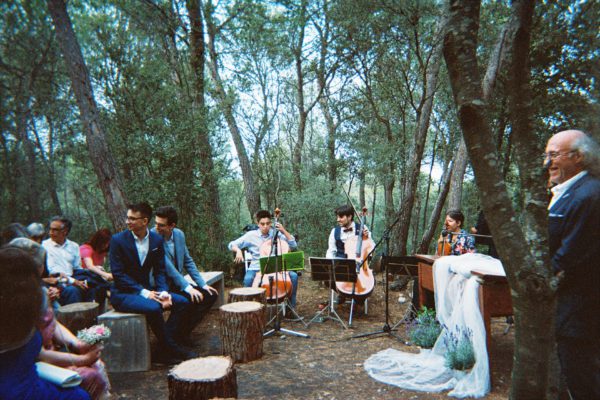 As if that were not enough, the two also had the same hobby: classical music. They are great lovers of this genre. Another reason to think that destiny had something to do with this story. Journalism made them find, classical music joined them.

Journalism made them find, classical music joined them. 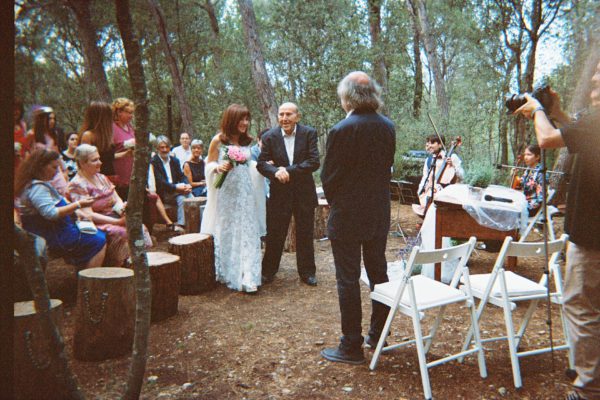 After years living together, this couple decided to marry. But when they had everything ready, they had a mishap. They missed the place where the ceremony was to be held. Disaster! It was at this time, when they were looking for alternatives, when they discovered Mas Terrats. When they saw the place they were clear: “It had to be here, yes or yes”. To the point that they preferred to change the initially planned date, and marry one day in a the middle of the week, to be able to celebrate it at this space. A wedding in which, obviously, there was no lack of classical music.

This website uses cookies to improve your experience while you navigate through the website. Out of these, the cookies that are categorized as necessary are stored on your browser as they are essential for the working of basic functionalities of the website. We also use third-party cookies that help us analyze and understand how you use this website. These cookies will be stored in your browser only with your consent. You also have the option to opt-out of these cookies. But opting out of some of these cookies may affect your browsing experience.
Necessary Always Enabled
Necessary cookies are absolutely essential for the website to function properly. This category only includes cookies that ensures basic functionalities and security features of the website. These cookies do not store any personal information.
Non-necessary
Any cookies that may not be particularly necessary for the website to function and is used specifically to collect user personal data via analytics, ads, other embedded contents are termed as non-necessary cookies. It is mandatory to procure user consent prior to running these cookies on your website.
SAVE & ACCEPT