The Christiania bicycle is one of the most characteristic elements of the capital of Denmark. An alternative to the car that has been traveling through the streets of Copenhagen for more than 30 years.

It was born – almost secretly – when Christiania’s blacksmith, Lars Engstrøm, built a freight bicycle as a birthday gift for his girlfriend. He had designed the bicycle with a cart just in the front to help her in her daily life. But the idea captivated the neighbors of Christiania’s neighborhood and quickly became a common transport you would see in the streets of this free neighborhood.

…the idea captivated the neighbors of Christiania’s neighborhood and quickly became a common transport you would see in the streets of this free neighborhood. 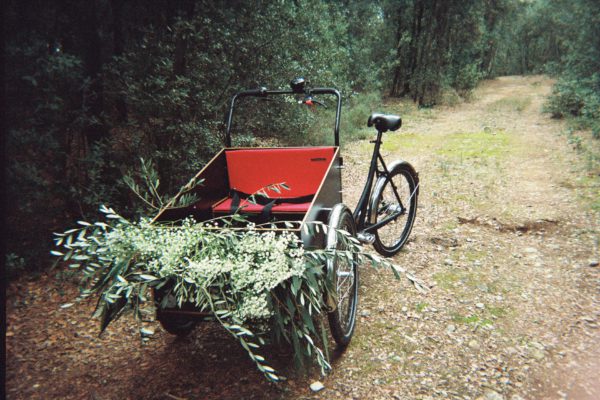 The bicycle is named after the Christiania neighborhood. A kind of self-managed Copenhagen independent neighborhood founded in 1971 on the grounds of an old military barracks. It occupies some 35 hectares and a thousand neighbors live there. It is one of the few libertarian experiences still active in northern Europe. In fact, it has become a reference of social and cultural movements around the world.

This model is exported to about twenty countries. 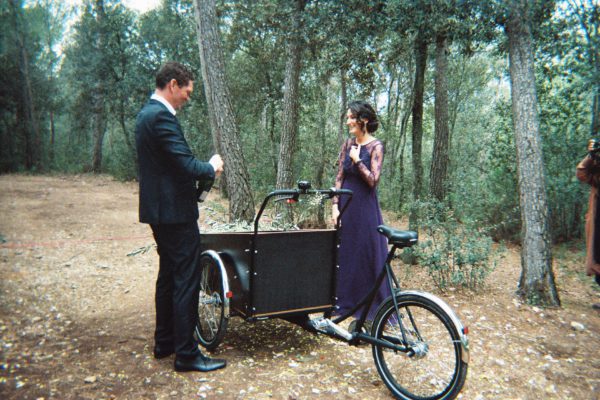 Over the years Christiania’s neighbors have developed their own infrastructures and facilities. For example, the factory of these mythical bicycles that circulate around the world for years. Specifically, it is exported to about twenty countries. 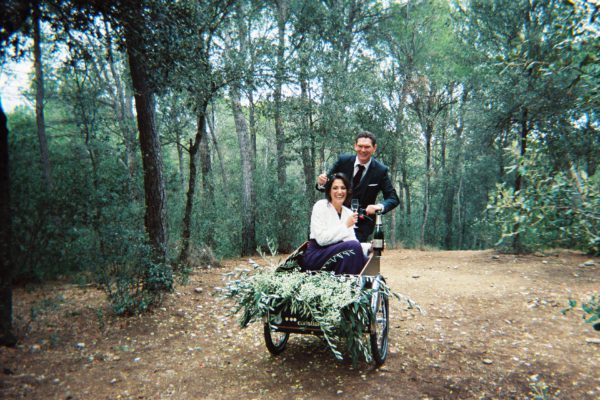 Indeed, one of these bicycles also runs along the paths of Mas Terrats. It was some weeks ago for the wedding of Nikolaj and Cristina. This couple from Denmark wanted to follow one of the traditions of their country, which consists in the bride reaching the ceremony on one of these bicycles.